If you look carefully at the Lipbone icon, you will see me making a hand gesture. The “rock and roll sign.” or as some overly simplistic individuals have noted, “the sign of the devil.”

In the very old Hindu tradition, Mudra Yoga is a series of hand gestures, that when combined with meditation, has been known to show results in the health of the physical body and the mind. The symbol in the image is known as Apan Mudra.

Look closely and you will see that I am not making one, but two hand gestures. The right hand forms Apan Mudra and the left hand forms Vayu Mudra, which happens to control wind in the body a.k.a. flatulence. We are talking about a symbol here that is thousands of years old.

Let's face it. Farting is funny and I think that's one reason that people enjoy watching and listening to the Lipbone technique so much. Its a musical face-fart that goes on all night. But control is everything when regulating one's own wind powers.

I will admit, some farts have definitely been linked to Satan - Dark smelly sulfurous tendrils wafting up from the nether world, But think about it, If anything, this is an attempt to keep the devil in his dark stinky pit.

If you have known me or my work for any length of time, you will not be unfamiliar with my prime religious motivation: "Bootyism." - Being creative in a way that allows the spirit to manifest itself in a glorifying dance of love and happiness. Call it what you want. I call it Bootyism.

When I made my image into a sticker, I had no idea that one of the first things that people would ask me would be, “What does that hand gesture mean?" Hence this post.

Recently, I did a show in the Blue Ridge mountains. Like many shows, it started with a bunch of skeptical folks standing around mildly studying or flat-out ignoring the one guy with the cheap guitar, and by the end, most people were loose to the point of humping and grinding on the dance floor to that crazy facefart groove.

After the show it was high-fives all around. I was passing out free stickers. (I always give a sticker to someone who gives me a compliment after the show.) I handed over some stickers to a happy sweaty group who immediately recoiled in horror upon cursory examination of the sticker.

“I’m sorry. We can’t take this sticker,” said one of the gentlemen.

“Oh, dear,” I thought. and was prepared to wax philosophic about ancient hindu indigestion. I assumed they were, like many others in the rural South, convinced that this symbolized the red-butted, dark-horned one.

To my surprise, one of the women in the group handed the sticker back and said, “You want me to put this on my car? Do we look like we follow the wolfpack? You are giving the Wolfpack symbol!”

I was confused. “Wolfpack?

“Boooooo!” They cried in unison.

“We are Carolina fans!” she slurred. “Whoooo! Go Tarheels!”

To tell the truth, I have never been one to give my allegiance to a continually changing team of padded overfed students participating in ritualized warfare, so it had never really occurred to me that I may be stepping on someones sense of fealty. But damn, now that she mentioned it, I do vaguely remember epithets and hand gestures flung across a stadium at a football game back in my college days.

In the end, they took the stickers and pronounced that they would be more than happy to place it on the first police car they came across. (Sigh.)

I guess it goes to show that symbols are only as powerful as the meaning you give them.

To learn more about Bootyism and what it can do for you, Please download my album, Science Of Bootyism. Thank you. 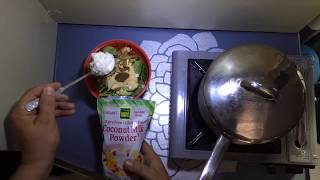 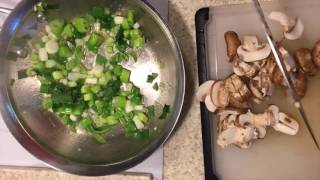